awareness with every cut. 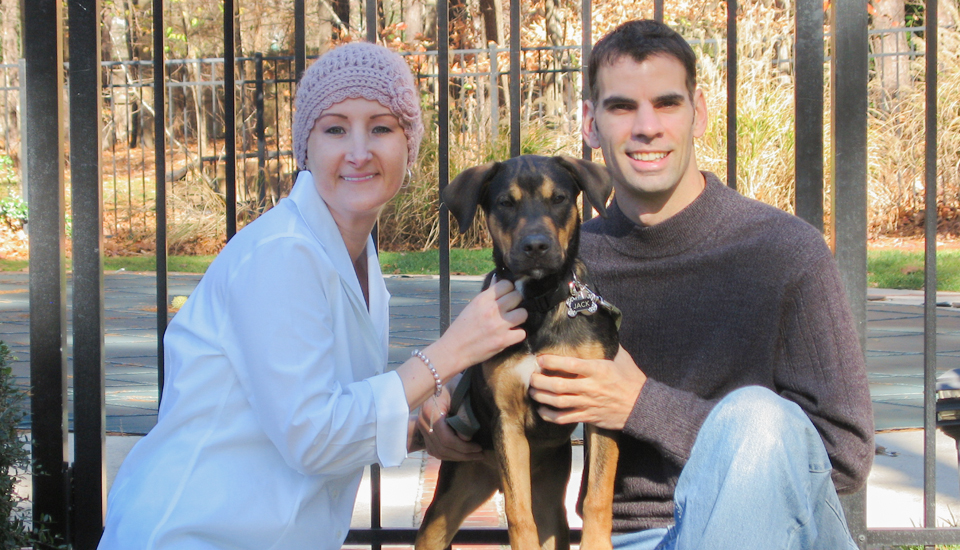 Kelly and Dan were engaged on Valentine’s Day and began making
plans for a life together. Shortly after choosing her wedding dress, she
was diagnosed with breast cancer. On September 1st, at the age of 33
and two days before her younger brother’s wedding, she had an
outpatient biopsy and was informed that she had breast cancer. Two
weeks later she elected to have a bilateral double mastectomy with
reconstruction and less than a month later Kelly began chemotherapy.

Throughout her treatment, she continued to work as a hairdresser,
commiserating with clients who were survivors and encouraged newly
diagnosed clients. She was lucky enough to have the support of coworkers
who hosted numerous events to raise awareness about breast cancer
including pink hair extension days for a local Girl Scout troop.

During her recovery, she met a number of women coping with breast
cancer. While this could dampen anyone’s spirits, she remained positive
and kept a matter-of-fact outlook which helped to keep them feeling
optimistic and energized. Sometimes she would go as far as to show
them her new “boobs” to put them at ease! With her new boobs came 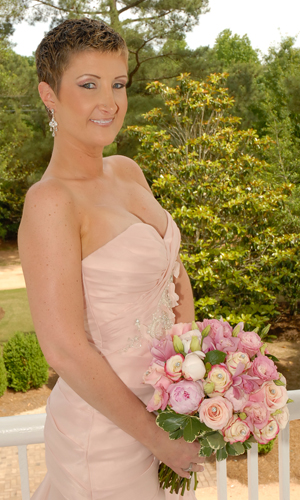 the fact that her original wedding dress no longer fit. While searching for a new dress, she decided to raise breast cancer awareness by wearing a blush pink dress and decided to contribute a portion of their wedding proceeds to
the Susan G. Komen Foundation.

Kelly continues to move forward and now has two beautiful daughters, Audrey and Autumn. She opened her own salon, Sheer Survivor and continues to raise breast cancer awareness in her own community by offering pink hair extensions each October and donates all of the proceeds to a local person striving to get through breast cancer. Her hope is that the next generation of girls will have even more options (or hopefully even a cure) to choose from if similarly diagnosed.

My name is Hope. Hope the Cow. I began as a gleam in the eye of a fundraiser for North Carolina Children’s
Hospital. The Cow Parade they called it. Teresa Howard was my artist and birth mom. I was deposited tenderly
inside the entry door of the Cancer Center. There I was admired and petted and signed by many people.

I could tell that some were signing for themselves because they were survivors. Others signed for
those they loved who had died from breast cancer. Others supported friends and loved ones. I have
seen tears as the messages were written and hugs and smiles as they were read.

I live in the new Rex Breast Care Center now. It is a beautiful space with a welcoming lobby, pleasant
waiting area and really nice robes to wear when needed – none of that flimsy paper stuff.

At night when it’s quiet and I think about all those who have come through the doors for their
mammograms or to receive their biopsy results, I know that their names could be on me, too. I hope they
are okay. I smile when I greet them because sometimes a smile is all there is to offer. Or a moo.